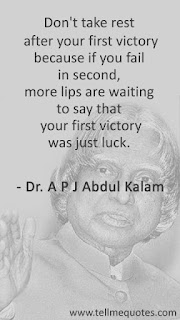 My first blog post of July-2015 unfortunately is about a great soul who breathed his last today and left for heavenly abode. I feel greatly honoured to write about Dr. APJ Abdul Kalam who has been a source of inspiration for everyone and will continue to inspire us. It is only his body that ceased to exist, his inspirational words are eternal.

Wings of Fire is the book that gave me lot of insight about him. I came to know his full name as Avul Pakir Jainulabdeen Abdul Kalam. A person who started off with a humble background, transformed himself with education, became a great scientist and also became the greatest President ever. I strongly feel that he was one of the most active President ever in the history of India. As President he took so many initiatives to inspire the children of the nation. I so wished that he remained President of India forever. A nation where the politicians fail to inspire, he was like a breath of fresh air. He was positivity personified. 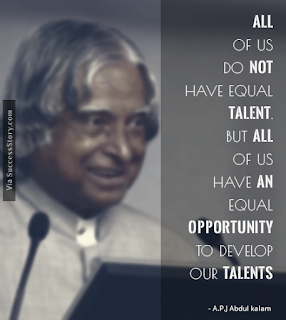 Kalam was also known as the missile man of India. Indian soldiers fight on the borders and safeguard our nation. Kalam was a soldier who from the confines of the research centre played an active role in developing India’s indigenous missile programme.  He played a vital role in India's Pokhran-II nuclear test in 1998.

There are politicians like Asaduddin Owaisi who won’t fail to divide the nation on communal lines and there are few great souls like Kalam who would unite and inspire people with their great thoughts even after their demise. The secular credentials of India get questioned by everyone. Here is a man who till yesterday was a living example of India’s secular nature. Even his death will show the whole world how he will be missed by Indians irrespective of their caste, creed or religion.

At the age of seventy four,  A.P.J. Abdul Kalam flew in a Sukhoi-30 fighter plane, becoming the first  Indian President to make a sortie in a combat aircraft. Can we imagine ourselves doing something like this at that age? Even today, at the age of 83, he collapsed on stage while delivering a speech at IIM Shillong. Age is just a number, isn’t it? He is a true Karma Yogi. He continued to do his duty till the very end. He is truly blessed to deserve a death like this. 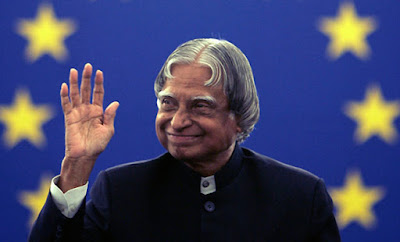