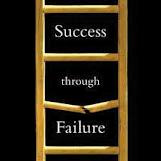 Does getting a big fat salary or a higher designation imply that you are successful? I do not feel it does imply success for an individual. These factors may be considered as indicators of success for the outside world. For an individual true success is achieved when he can look into the mirror each day and say to himself with a smile on his face that I have achieved success. If you feel ashamed of yourself in the manner you have achieved success in whichever field you may be, then it is not true success.


In my work life, I have come across individuals who would try to take credit for others work or appease their bosses to achieve success. They will stoop to any level to please their bosses in order to achieve more than what they actually deserve. In the short term they manage to reach places that they do not deserve to be by these antics. However, they can’t stay put there because it was not through their own genuine hard work or ability that they managed to reach such levels in their career.  What happens to them in the long term? Their success is like a bubble waiting to burst. As long as they have bosses to support they will stand, the moment this support system gives way, they will have a hard fall. They will stand exposed when their ability comes to scrutiny, which sooner or later will.  This is when they will find it tough to prove themselves because they never had to do that before.

My personal experience has been that it is better to play the wait and watch policy before starting to climb the ladder of success. Try to understand what it takes to achieve success in the field you are. Gain as much knowledge about the work you are doing. It may take time for this but then it is worth it. Do not fear failure. Learn from mistakes and keep moving forward. Persevere without losing patience and get motivation from the work you are doing. Do not rely on any outside stimuli to get motivated. Do not expect appreciation from others. If you do and you do not get it, this itself will de-motivate you. Instead focus on the job at hand. Do it in the best possible manner. Be pleased and reward yourself for doing a job in an efficient manner. Inner satisfaction is more important than getting appreciated by others. I am not saying that appreciation from others does not matter. I am only saying that do not yearn for it. If it comes welcome it and if it doesn’t come don’t get disappointed. It will come when it has to. Nobody can stop yourself from appreciating a good job done by you. Keep doing this because ultimately it is what you think of yourself that matters than what others think of you.

Hence, for those who are chasing success, my advice would be to please stop chasing success. First and foremost keep yourself grounded. Develop the abilities that you would need to achieve success. Keep on improving yourself. Develop the muscle power so that you have the strength to knock at the door of success and if needed knock it down rather than relying on someone else to open the door for you.
Posted by Vijit at 3:45 PM 2 comments:

My way or the highway 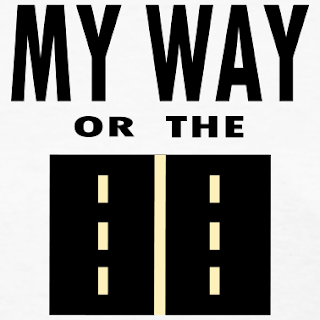 Frankly you just don't have to deal with such people. Talking sense to such people would be like banging the head against the wall. My way with dealing with such people is not the highway. You should hear them but not listen as they don't really deserve any extra attention. My way or the highway attitude is actually their effort to portray that they are larger than life. Catering to them or giving them extra attention is actually falling into their trap. Treat them as you would treat any other person even if there is a risk of the overall atmosphere getting spoilt. Tantrums they will throw and the thing you need to do is to not pay any significance to such tantrums. Their purpose gets served if we acknowledge their acts that are driven towards seeking attention.

My experience has always been that such people who create miserable situations for others do at some point realize their mistake. Life makes them realize that such attitude won’t take them far. Many of them take to such high handed attitude when they achieve success too early in life. Some get this attitude as they are pampered by their parents to a very great extent. All their wants get fulfilled due to which they cannot take no for an answer. They are so used to listening to yes for everything they ask for, that when they hear no, it irritates and frustrates them very much.

My advice to my friends would always be to not keep a confrontational or aggressive attitude towards such people. I am not saying that you take any nonsense of theirs lying down. I am only saying that rather than being aggressive and being like one of them you can instead by assertive and yet calm.
Posted by Vijit at 6:00 PM No comments: