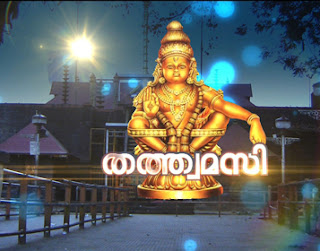 Shabarimala has become a hot topic where a tradition of the temple, unique to this place is being questioned. Before I go any further let me tell the readers that my personal belief is that menstruation being a natural process experienced by females should not be a reason to restrict women from visiting any temple. Maybe traditionally women were restricted as there was no provision in those days to maintain proper hygiene during periods. Today the situation is different. At the same time, I do not agree that a decision regarding this should get enforced by Supreme Court as the tradition does not amount to cruelty to women. A change has to happen for sure but definitely not by enforcement but by arriving at a consensus. If a place of worship is turning into a conflict zone then status quo should be maintained.

The communists who claim to be non believers should not be playing politics in matters of faith. If they are hell bent on playing politics with matters of faith then show consistency by doing this with every other religion. By the way coming from Kannur in Kerala, I have observed that these very communists are the greatest idol worshippers. They have created statues of their party symbol in every nook and corner.  Hindus have always been open to reform. We have evolved and changed. A true Hindu like Arjuna will not hesitate to debate with God. In Hinduism we do not live by one book and the beauty of this religion is that even an atheist can be a Hindu. There are thousands of God and not believing in one won't stop you from being a Hindu. In fact, this is one religion that teaches us to see God not only within us but in every living being. This is what Lord Ayyapa is basically all about. Tatvamasi means 'You are God'. If an atheist believes that there is no God and we are the ruler of our own destiny then can he not believe in Tatvamasi?

Hinduism has been an all inclusive religion. In Hinduism there are so many Gods that if one God closes the door on you, you can go to another or simply create your own God and worship him or her (for the sake of gender neutrality :-) ) If idol worship is not acceptable you may sit and meditate. Such flexibility is unique to this religion.

To conclude, I would say that everything about religion is beyond logic. Matters of faith in every religion has been that way. However, when it comes to questioning, one should first ask whether it is really a cruel thing that is happening and if not let it be.
Posted by Vijit at 12:24 AM No comments: