A world without religion 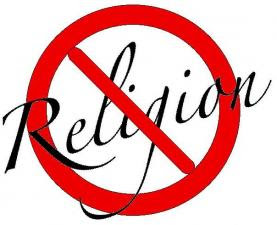 I was having a casual chat over the phone with my friend one day and somehow that discussion got into the relevance of caste and religion. Do we require religion? I know that non-believers in God will definitely answer in the negative. However, I wonder why believers in God should answer in the affirmative. If God is a creator and if he does not have a beginning or an end then, why do we require religion to keep Him alive?


Do I need to be a Hindu to believe in Lord Krishna and to read the Bhagwad Gita? Does someone else have to be a Christian in order to worship Jesus Christ and to read the bible? I am not against temples and churches. They may exist but do we need to have a tag associated with us to differentiate us. Even our governments want us to have a religion associated with our identity. Especially in India we let the caste factor to play a big role in our identity too. I do not understand how we can eradicate the caste system when even our governments want to distinguish us based on our caste.


I would like to see a world without religion and caste. I am a believer in God but do not think that to believe in Him we need to be identified with a religion. I do visit temples but then my point is not about worshipping God in a particular way. I am only saying that we need not get identified as a Hindu, Muslim or Christian. On paper when we write that we belong to a particular religion we start to divide ourselves. Any human being who belongs to any religion comes into this world in the same manner and he exits the world like everyone else does. We all get hurt when someone does anything bad to us and we all feel good when someone does anything good to us. The natural calamities that affect us do not segregate people based on religion. It causes loss to all of us irrespective of our religion. Then why we as humans are hell bent on creating that distinction.


I would like to see a new option to enter in the field for religion and that would be “Believer – but no religion”. Again I would like to stress upon the fact that I only wish to see a world where we atleast have an option to exclude ourselves from being identified with a particular religion. Especially, when it comes to marriages where the guy and the girl are from different religion. The pressure to opt for a particular religion is one of the prime reasons that issues crop up in such marriages. Also, when a baby is born in such families the religion that he/she should follow becomes a major issue.


I am sure what I am suggesting here is a debatable point. It may not go down well with many. However, I think if we look back and reflect, all major issues we are facing today have their roots in our obsession with religion. In our efforts to identify ourselves with a particular religion we have ceased to be human.
Posted by Vijit at 3:12 PM 2 comments: Links to this post

What do I believe in? 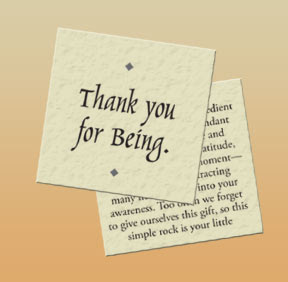 I believe in having gratitude towards those who have been there for you. It could be your parents, a friend, a colleague, your boss or a complete stranger. It may be an animal, an inanimate object, a situation in your life or almighty God.


In this context, I distinctly remember the following words communicated to me by a friend:


“Always be nice to people on your way up.
You never know you may have to face them on your way down.”


Showing indifference to people around you who have contributed for your success would be like sowing seeds for your downfall. At the same time I do not mean that you have to go out of the way to express your gratitude. It should be in your heart and communicated through simple words like “Thank you for being……..”. I find it absurd when someone says that he is a self made man. I think no one in this world can be a success story without a helping hand. Every step you took in life was influenced by so many factors. People and circumstances prevailing around you contributed in shaping up your future. So, one has to be grateful towards them. I have been very lucky in this regard. In personal and professional life I managed to get out of difficult situations because of unexpected help that came my way. People, about whom I didn’t know much, contributed some way or the other in helping me achieve something in life. Strangers became friends in the process.


People who played negative role too have been instrumental in helping me take decisions that ultimately helped me move in the right direction. Decision prompted by frustration caused by certain individuals worked out to be beneficial when I look at the final outcome. Their actions could be difficult to forgive and forget but somehow I think I should be grateful to them too.


I think gratitude is one virtue that helps one to stay humble and down to earth. So, thank you for reading this blog post of mine. ;-)

Posted by Vijit at 4:11 AM 2 comments: Links to this post

Give me a break 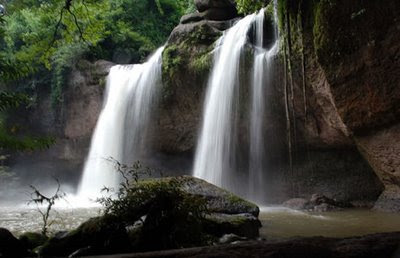 
My dream holiday would be any place that is miles away from the noisy and chaotic city life. It would be with select friends. No mobiles to beep, only friends to talk endlessly on topics that do not hover around work. Work has become a priority in life so much so that we have lost touch with dear ones. Gone are the days when one used to work for 8 hours and spent the rest of the day with family or friends. Laptops and mobiles are supposed to make life convenient for us. Have they? I think they have actually created a virtual office wherever we go.


In our efforts to make life easy and comfortable, we have actually ended up making it miserable. Rest is important for maintaining physical strength and to reduce mental stress. It also helps to think about life with an uncluttered mind. At home the idiot box is hell bent on converting us into one of its kind. I always thought that with the remote control in hand I was the one who was in control. It was a myth. There are so many channels to watch that you end up surfing channels without realizing how much time you have wasted and achieved nothing. Kids of this generation are hooked to the T.V. even before they have learnt to walk or talk. I feel this will harm their ability to develop the right skills and their ability to learn things by exploring.


I wish I could get out of the mad race that the world is indulging in and spend quality time relaxing in Mother Nature’s lap.
Posted by Vijit at 4:46 AM 2 comments: Links to this post