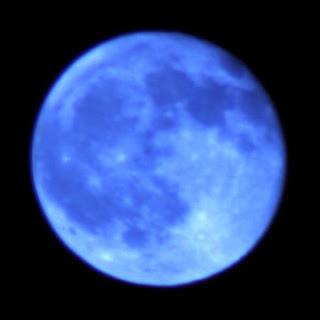 31st December, 2009 is definitely a date to remember for me. It happened to be a blue moon day and an eventful day for me, both for personal and professional reasons. My love got the green signal from my girl friend’s parents. On professional front I was informed that in the New Year I will be getting to play a new role. I felt as if I was on top of the world. In the evening I had met my girl friend and walked hand in hand and also asked her to pinch me hard because it was an unbelievable feeling for me. I wanted to confirm that I was not dreaming. She did the honors and I was assured that it was a reality.

Our first meeting happened online in Orkut.  Soundlight a strange and different name sent an add request on Orkut. I wondered why but still went ahead and added her. The next day she happened to be online and I asked her the reason for adding me. She said that we had lot in common. I went and checked our mutual friends list and realized that we had 4 friends there. Two of them happened to be my childhood friends. One of them happened to be my ex-colleague. Then on we started chatting each day and with each passing day our friendship grew. She happened to visit my blog and was impressed and I liked the way she analyzed my articles and came up with questions that made me think.

One fine day over chat I gave her my cell number and we started forwarding sms and talking too. Our first meeting happened thanks to her birthday. I wanted to give a special gift that no one else would have given her as she was a special friend [not yet my girl friend :-)]. I gave her a hand written letter to her outlining the events that happened from the day that she added me in Orkut. I have done this only for a few special people in my life. She was mighty impressed and told me that she has never received such a special birthday gift. Since I was not sure how she would receive this gift, I had also gifted a wind chime and a chocolate [a backup gift you can say…….:-)].

After this meet, we started meeting quite often in the evenings. With each passing day I was getting closer to her as we had similar opinion on most topics that we discussed. Yet, I was holding myself back from taking our friendship to the next level. She was giving subtle hints indicating that she has fallen for me. I deliberately ignored those.  I know it was not appropriate to do so but this act of mine was prompted by bitter experiences in the past. She also communicated her feelings through a common friend but ensured that I do not figure out that she was involved in any way. The subtle hints gave way to a direct approach by her and I was put in a spot. I asked her for time to think and one fine day I said a yes* to her. That asterisk besides yes is not a typographical error. It implies that it was a yes but conditions apply. I do not wish to disclose what those conditions were. However, she had some valid questions raised against those conditions to which I didn’t have an answer and the yes* gave way to a YES.

On 28th December, 2009 I informed my parents about her and presented my case. I insisted that a horoscope check need not be done because I didn’t want to lose her for any stupid interpretations of planetary positions in the sky at the time of our birth. They were a bit hesitant but they knew that if I take a stand I am not someone who will budge. She informed her parents too. However, her parents were inclined to do a horoscope check. When I came to know about this I became concerned. My girl friend too insisted on not getting a horoscope check done. However, her parents had their way and a horoscope check was done. Luckily, even the stars were in our favor and 31st December, 2009 happened to be that special day when her parents gave a call to my parents to decide further course of action.

I am looking forward to the year 2010 to open a new chapter in my life with my life partner. I am sure each passing year will be filled with romance and love that only grows with time.
Posted by Vijit at 7:02 AM

Awwwww man.. i dnt think i have read such a sweeeet love story since ages..juz that this is for real..and a really surprising start for the new year.. ;-)
So congratulations to both of u..!! May ur romance last forever and ever.. All the best for ur future buddy.. Take care.. :-)

Hi Vijit!
Rupali here...I used to get lil updates on ur love story (?) from Jose (in the past week)...But to hear it from the horse's mouth was really very very interesting.
May you both always walk together in happy ways of love! May you always fill each other’s lives with lots & lots of love...

Best part is that both of you have many common interests & can still chat with each other when u grow old ;)

May God bless you 2 to live ur lifes at its best.


Congratulations!!
Wishing you a wonderful beginning,
and love to last a lifetime!

PS Forgot to congratulate u fr ur new venture on the job front..Seems lady luck is shining bright on you in 2010 :)

It was really nice of you to take some time out and post this lovely comment on my blog. Thank you for your wishes. By the way she is from the same place that you were before shifting to Thane.......She will be following your footsteps...... ;-) The only difference that she will be moving one floor up in our building.

Thank you Deepika and Shruti!

A wonderful love story.. its good to be in love.. enjoy every part of your life.. have fun!!!

Let me first thank all the good people for your valueable comments..Trust me its not an easy job to narrate the journey of our love ..hats off to Vijit

Vijit today being your birthday let this small poem be a gift from me.

You Let Me Be Me

While others tell me I have faults and flaws,
And pick me all apart and criticize,
You love me, sweetheart, just the way I am;
I only see affection in your eyes.


My pesky quirks you only find endearing;
Your perfect mate is what you choose to see;
I love you for a multitude of reasons;
And most of all 'cause you let me be me.


I never have to change to meet your standards;
Acceptance is the greatest gift you give;
I appreciate you for your sweet devotion,
And I’ll love you for as long as we shall live.