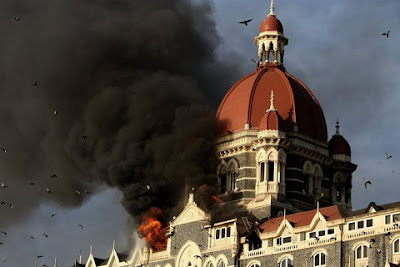 One year after the gruesome attack on Mumbai where do we stand? I don’t think much has changed. Few days immediately after the attack, everyone was talking about taking the government to task. Everyone wanted to change the system. However, no one could ensure sustained efforts to make a positive change. The spirit could not be kept alive. Now on the 1st anniversary of the terror strike, everyone is planning for candle light vigil at the site of the incident. Why? Is it because we care or is it because we want to show that we care? I feel that such candle light walk in the city does not serve any purpose. It is not going to help anyone except the candle manufacturers and candle salesmen.

If we really care, we should take some concrete action not just on this day but each day towards making the system more effective. How about fighting corruption? Has anyone thought about this? How do you think these terrorists could attack us? Corrupt government officials facilitated a safe haven for the terrorists. Driving license and passport could be obtained by accomplices who helped terrorists with all the information they required.

Government is no doubt responsible for ensuring safety and security of the citizens. However, is it only the government’s responsibility? Are we not supposed to contribute in anyway? Have we done anything in this regard? I don’t think many would answer in the affirmative. Yet when it comes to showing that we care, I don’t think anyone can beat us. Today we will raise our voice and tomorrow it will be back to square one. I know you might think that I am being pessimistic but actually I am being realistic here.

How about using this day to start something positive? A positive action that is not restricted to one day but for a lifetime or beyond. Some sort of an initiative that will bring about a positive change in the society and help humanity.

"We need to be in the system to change the system".What good efforts did u or me did to be a part of this system..to change it..Nothing i guess..

I have done little but that little is close to nothing. However, I would prefer not doing anything than holding candles to show that I have done something. Concrete action is required and not name sake action.