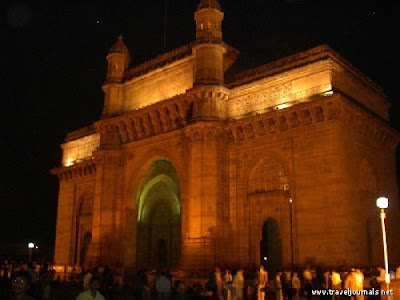 26th of November, 2008 through 28th of November, 2008 terrorists rocked Mumbai. The Gateway of India became the gateway for terror. It all started on a Wednesday, a black Wednesday. Mumbai was transformed into a battle front. Images that you will associate with a war zone could be relived right here in a metro city. The Taj hotel, the Oberoi- Trident hotel, Leopold Cafe, Nariman house and CST station, all prime locations of Mumbai became the target. 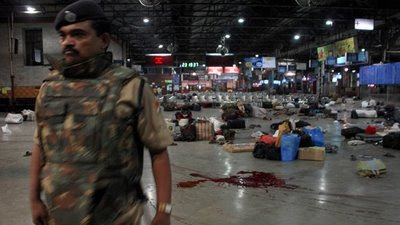 Top cops, including chief of ATS Hemant Karkare, encounter specialist Vijay Salaskar and additional commissioner Ashok Kamte laid down their life fighting the terrorists in Wednesday's terror attack. Official figures confirm that 125 people are dead including 14 cops, 6 foreigners and at least 324 are injured. The actual numbers could only be higher. My heart felt commiseration to families of those killed. Terrorists even managed to hijack a police vehicle and shoot at people on Mumbai’s roads. 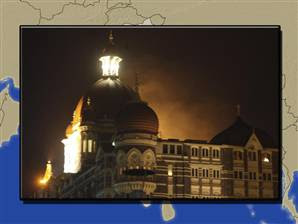 The politicians were quick to condemn the terrorist attacks as they always do. For them it has become a routine task now. I am sure they need not read out those statements these days. They have been making anti-terrorism statements on a regular basis after some or the other part of our country gets attacked. Even when the commandos were involved in fighting the terrorists, these thoughtless 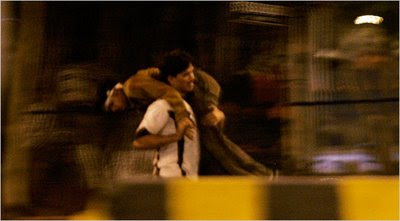 politicians decided to pay visit to the city making life difficult for the cops. I strongly condemn the Prime Minister of India, Dr. ManMohan Singh, the Congress President, Sonia Gandhi, opposition leader, L.K. Advani and Gujarat chief minister Narendra Modi for visiting the city when it was still fighting the ruthless terrorists. The cops who were concentrating their efforts in ensuring the security of the people of Mumbai had to divert their attention on VIP security for these politicians. If you cannot help at least don’t harm is what I would like to say to these politicians. You can’t provide security to the citizens of this country and make it difficult for the security agencies involved in fighting the terrorists.

I beg of these politicians to wake up and do something stringent. Afzal Guru, a terrorist sentenced to be hanged to death still lives on in the very country that he tried to attack. What more can you say of these politicians who fail to act when they need to? I guess it is only if someone from their clan gets targeted by terrorists that they will think of doing something. 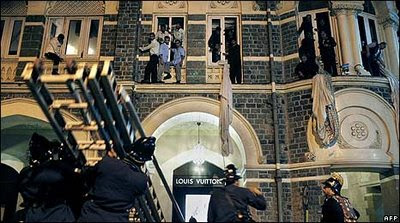 I salute our cops, army & navy commandos involved in fighting the terrorists. The firemen too were fighting valiantly to douse the fire that was gulping down the Taj. They are our true heroes.

I hope lessons will be learnt and action will be taken to ensure safety and security of our country. I also hope that instead of trying to kick out our own countrymen from one city or the other because they do not originate there, our politicians would focus their attention on weeding out the terrorists from our peace loving nation.