8th of November, 2016 will go down in history as a day that triggered one of the biggest financial reform in India. PM Modi’s initiative of demonetizing currency of Rs. 500 and Rs. 1000 did come as a big surprise to all Indians. Was there some numerology involved behind in date selection? Modi is a number 8. His birth date is 17th September, 2016. J Even if there was, it does not matter since the decision taken is in the best interest of the nation.

Demonetization has caused lot of hardships to the common man. However, it is the common man who despite all the hardships faced is still not complaining or agitating against Modi. There has been no violent protest by the mob. Strangely it is the political parties who are complaining. Some opposition parties even tried to instigate people against the government. Yet, people of India have shown great resilience. Point to be noted here is that in India, we have a good share of the population who are either illiterate or not highly educated. They do not fully understand the rationale behind the decision taken by the government. Despite this, they have rallied behind the government. In a country like ours where riots can break out due to public anger has not seen any violent protest after demonetization was announced. The opposition parties, instead of appreciating this decision of the government are trying to mislead the people.

In one of the discussions I was having in a WhatsApp group, one person happened to link this decision as a step taken because of upcoming elections in few states in India. This same person also mentioned that Modi’s decision was bad for the country and the poor people of India. When it comes to elections, if my understanding is correct, it is the poor who go and vote in elections more passionately than the rich and the middle class. So, causing inconvenience to the poor people of this country will only have a negative impact on Narendra Modi’s party. Basically, if the overall mood of the nation due to this decision is grossly negative then Narendra Modi’s decision will lead to a major upset in upcoming elections for the BJP. This means that Modi haters and the opposition parties should be happy because this initiative will turn out to be suicidal for Narendra Modi as his image will be harmed.

Communists are morons is a statement I always make because of how they have conducted themselves as a political party. The CM of Kerala is the biggest moron is something that gets proved by this article where CM Pinrayi Vijayan claims that demonetization won't help because black money lobby was prior informed. If there is a black money lobby, it will cut across political parties, businesses and even states. In other words, his own party would have been aware of this action well in advance. However, until the action was taken there was no indication that any political party was aware of such a move. Also, the Left have no moral right to speak about disruption caused to public due to this action. They are pioneers in declaring hartals and disrupting life of common people. The reason for hartal can be as bizarre as a mark of protest for Saddam Hussain's hanging in Iraq. They feel for Saddam more than the soldiers of our country who sacrifice their life for securing ours. I think in any decision taken by any government at the center if you see opposition coming from the Communists, be assured that the decision is for the betterment of the nation.

Arvind Kejriwal (AK) and Rahul Gandhi (RG) seem to be competing to prove who is the biggest fool by making stupid comments regarding demonetization initiative. AK should be a case study for IIT. How come an IIT produce such an idiot? RG we can still understand, he is intellectually challenged. AK is a big surprise. Need an RCA for AK.

I would like to conclude by stating that radical steps need to be taken for the nation to grow. Just as for humans so for the nation: No pain No gain! 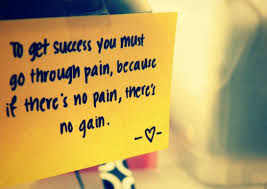